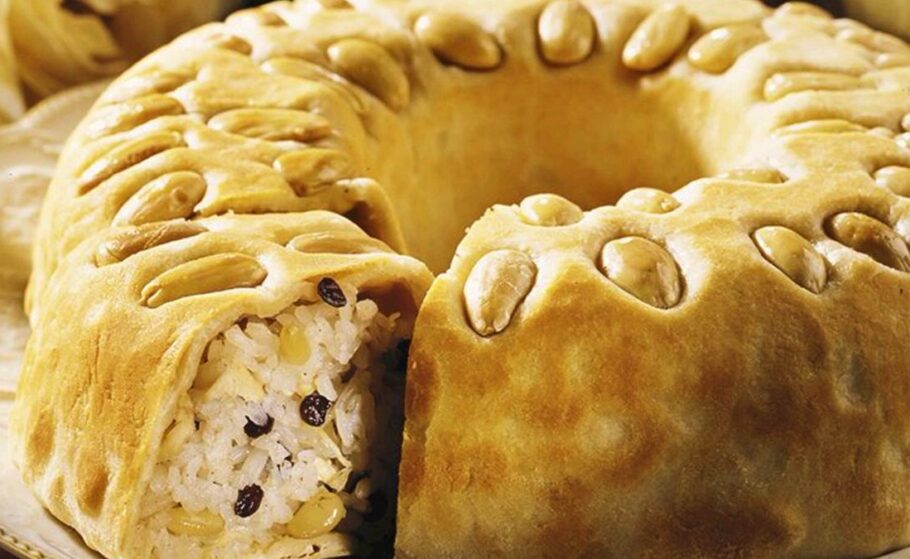 Rice pilaf pie can be described as a festive dish. Rice pilaf pie is called “Drape Pilaf” in Turkish because you cover the pilaf you made with a delicious dough. I’m very excited to share this recipe with you because this is a special meal with a unique story in Turkey. Who wouldn’t like a dish with a story? It’s a hard recipe to make, but it well worth your trouble. Let’s talk about the story of rice pilaf pie.

Rice pilaf pie is one of the oldest Turkish dishes of the Siirt region. Its original homeland is Central Asia. Each ingredient that makes up the meal contains a separate message and meaning. While giving rice pilaf pie covered with handmade dough to the bride who has just arrived at the mother-in-law’s house, she said, “This house is now your home; “You should keep the secrets and problems of this house as if it were your own secrets, and should not reveal it even if it was your own mother and father.” 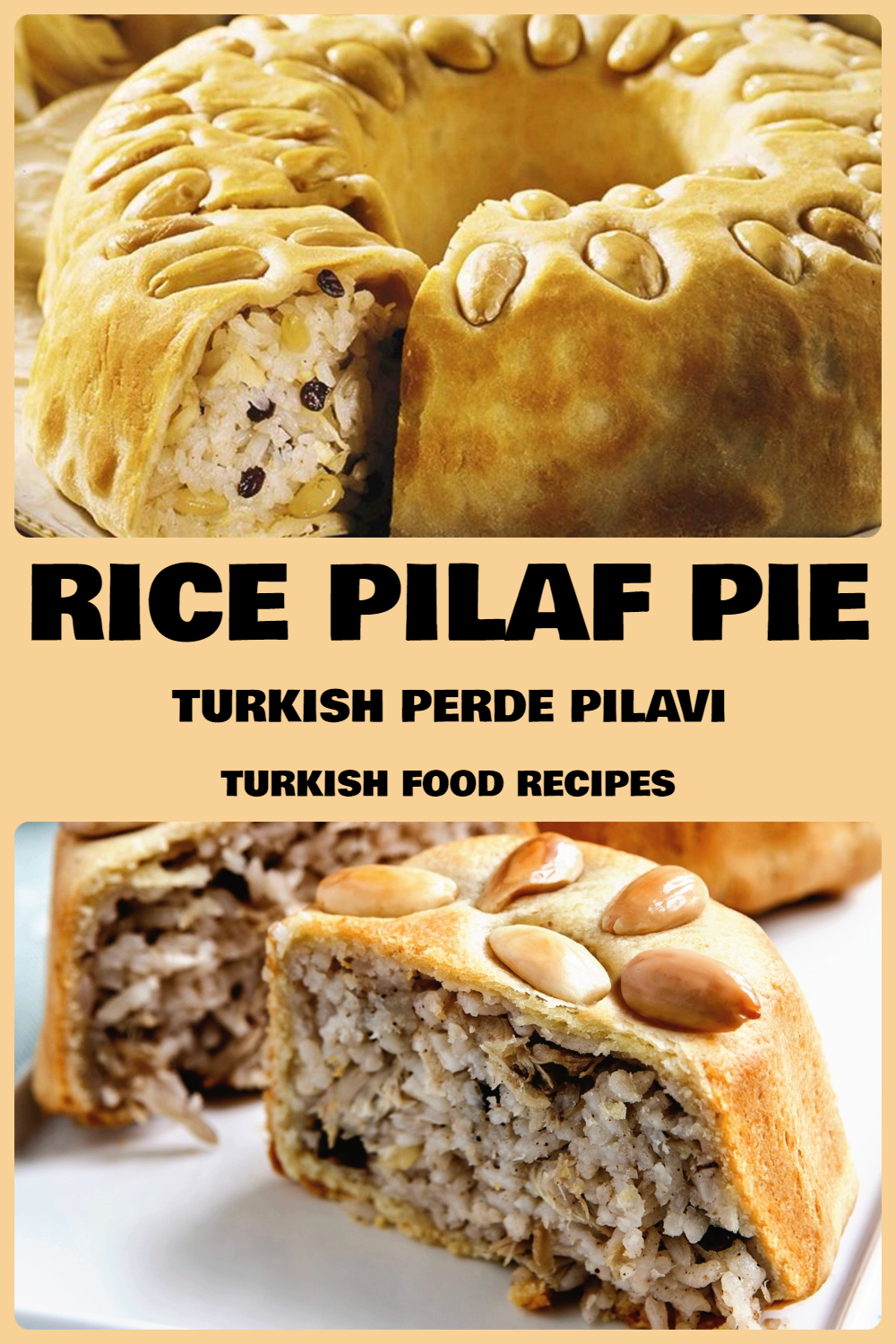 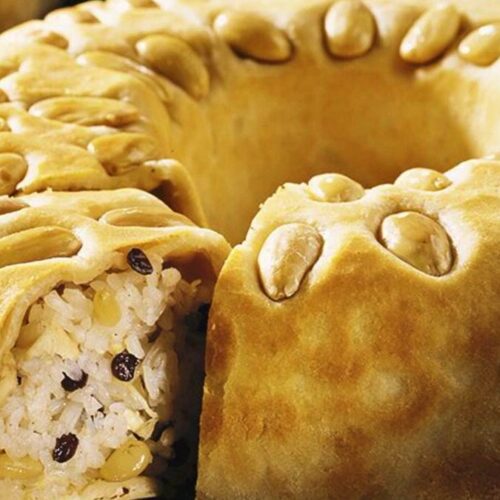 – First, you should boil the thighs you will use.

– For the pilaf to be delicious, you should make it with the thighs’ juice, as everyone knows and prefers.

– Since you will cook your rice in the oven again later, you should not fully cook it at first.

– You should divide your dough into 1 big and 1 small dough and use the smaller one on the rice.

Q: What is rice pilaf?

A: The pilaf used in this delicious pie is rice pilaf.

Q: How to make rice pilaf

A: You can find various pilaf recipes in turkishfoodchef.com

What do you think about that? Have you tried the Rice Pilaf Pie recipe yet? Please comment and share your experience. Or are you craving for another Turkish food that you want its recipe from me? You can always contact me here.

This website uses cookies to improve your experience while you navigate through the website. Out of these, the cookies that are categorized as necessary are stored on your browser as they are essential for the working of basic functionalities of the website. We also use third-party cookies that help us analyze and understand how you use this website. These cookies will be stored in your browser only with your consent. You also have the option to opt-out of these cookies. But opting out of some of these cookies may affect your browsing experience.
Necessary Always Enabled

Any cookies that may not be particularly necessary for the website to function and is used specifically to collect user personal data via analytics, ads, other embedded contents are termed as non-necessary cookies. It is mandatory to procure user consent prior to running these cookies on your website.